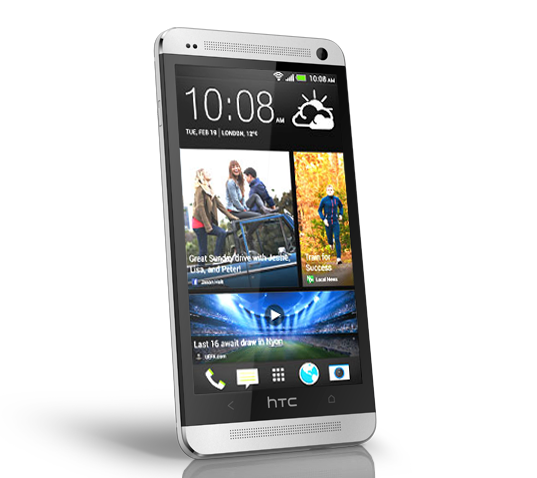 The HTC One is not only about the name the owners have thoughtfully kept, but more about its literal meaning. The handset tops people’s expectation list in ways that are legion. It’s a branding strategy for the company, and the great news is that the model has come to justify this strategy well. If you render a look at the One series, you will notice how the features are perfectly embedded, keeping the phone’s name in mind.

The next model after the previous year’s One X has now been launched and is simply called the One. Taking HTC’s design and imaging achievements to the next level, this new handset brings in a new UltraPixel camera sensor, among various other high-end specifications. The gorgeous design of the phone is breathtakingly spectacular which gives it a suave and subtle look. The camera also does very well in low light and the powerful quad-core Snapdragon 600 chip is something to talk about as far as the phone’s performance is concerned. With a stunning 4.7-inch, 1080p display, the device showcases the best image quality and appeal of the media files. With smart features like the Zoe Share and Highlight Reel, there’s more to this new gadget of HTC than meets the eye.

The One is an Android 4.4.2 device with Sense 5, the next generation user interface. The most dramatic change in the UI is the feature called BlinkFeed, which descends as the default home page on the phone’s screen. Not only is this feature attractive, it also keeps the busier people connected to the world at all times by relaying news and social media updates of all kinds via Twitter, Facebook, LinkedIn etc.

We can say that HTC has come a long way from its previous flagship phones to provide something more polished and useful. The phone’s superb design, its camera, aspects of Sense 5, such as BlinkFeed and the One’s two-button layout, have enhanced the user experience multifold. Its beautiful design, great display and great performance make it among the finest phones available. 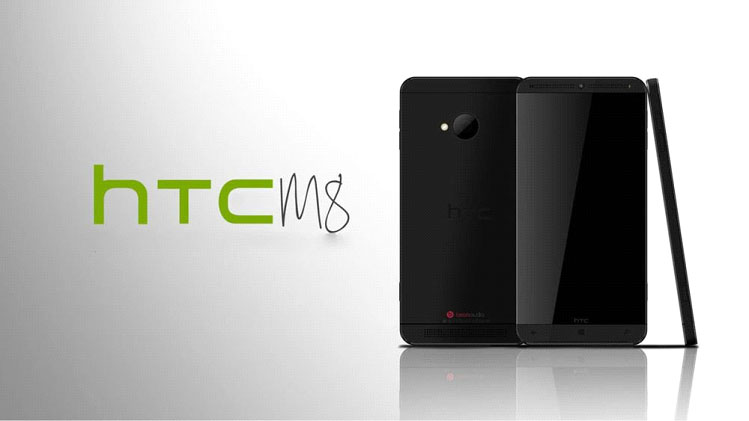 The HTC One M8 continues to be one of the more popular Android devices. Its high-resolution display and beautiful design have surely set a benchmark in handset designs such that it is quite comparable to the Apple phone designs.

The Snapdragon 801 processor has boosted the phone’s battery and processing speed dramatically which have certainly impacted gaming, movies, photography, and over all browsing in a grand manner. All of these superb features packed into the elegant metal (most of it) body are surely going to take the competition for a ride. The bigger 5in LCD display makes everything on the screen look more appealing and more clear. With a peak brightness of 491cd/m2 and sRGB color spectrum coverage of 93.7%, the M8 is among the best LCD screens seen in a smartphone, competing with the iPhone 5s in terms of brightness and contrast. Although the camera lacks a megapixel upgrade due to which pictures are a little less sharp than they would otherwise be, the speed of the Duo camera is great and is coupled with useful features. The front-facing BoomSound speakers are a great addition to the beautiful display of HTC One M8 that make watching YouTube videos a joy. The speakers are impressively loud, but also very clear, with no signs of distortion or clipping when pushed to their limits.

We urge you to hold this phone for a few seconds and try not to feel at least a small flicker of smartphone attraction. It’s got great specs, a splendid design and some clever hardware innovation at a time when the competition is holding on to software to do the same thing. All in all, the phone will be worth every penny that you invest in its purchase. It’s beautiful and has smart hardware to back it up.

After months of speculation, HTC finally launched the HTC One M8. It has been one of the most awaited smartphones all across the world. Last year, the HTC One won the hearts of millions of HTC lovers with its unprecedented Android design, and everyone is expecting a similar magic from its successor. Meeting the expectations, this new HTC model has a similar design to last year’s model, but it also features a number of upgrades.

This new handheld device has a quad-core Qualcomm Snapdragon 801 processor running Android 4.4 KitKat along with 2GB of RAM. The phone’s sleek body has been re-crafted to create an even more stunning yet handy look. The high-quality metal body flows right up to 5 inches and provides full HD (1080p) display with smooth curves.

The HTC One M8 brings a totally different dimension to mobile imaging by contributing to world’s first Smartphone with a Duo camera, a dual flash, and full 1080p HD video recording. Its 5 mega pixel wide-angle front facing camera also captures superior selfies with ease. The battery has been boosted as well to 2,600 mAh, and has some power-saving features that will give you extra time to play games, surf the internet, and listen to music.

A new feature has been added to this device – Sensor Hub – which tracks the user’s movements to count steps and also enables a variety of motions as well as tap and swipe gestures that can be performed while the phone’s display is off. For example, double-tapping on the screen will wake the HTC One from sleep, or swiping to the right on the sleeping display will unlock the phone directly to the BlinkFeed screen. For more information, visit http://mashable.com/2014/03/25/htc-one-m8/