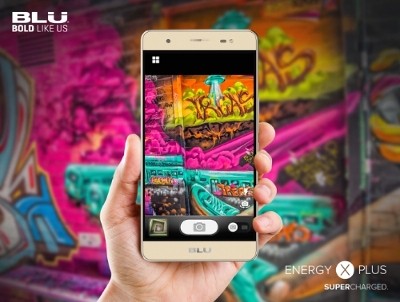 Did you ever turn off features of your phone to save battery to get through the day? Well, BLU has introduced another smartphone to solve this issue, the BLU Energy X Plus. The company has included a 4000mAh battery which is comparatively more compact than the one found in the BLU Studio Energy that was released at the beginning of 2015.

As far as the screen is concerned, it is 5.5-inch, 720p, IPS display with MediaTek’s MT6582 processor that will surely help make the battery last for a longer duration. BLU Energy X Plus incorporates a comfortable feel and a look-good display. Even the build of the Energy X Plus is astonishing as it is a plastic body that looks like a metal one. Due to the 4000mAh battery, the smartphone weighs a little more than its peers. It supports a dual sim card slot and microSD card for expandable memory. Which is great as it comes with just 8GB of onboard storage. However, 5.27GB of storage is available out of the box.

BLU Energy X Plus has a vanilla android approach. Significantly, the icons have changed and have become themed. Additionally, themed icons are also present in settings. After installing a third-party launcher, all of this could likely be fixed. With this minimal skin, the app drawer is absent and instead all of the apps are located on the screen. Manufacturers love changing the display, but the audience comes up with mixed reviews regarding this characteristic. Unfortunately, there isn’t any 4G LTE but 4G HSPA+ is present in the BLU smartphone.

The BLU Energy X Plus is an absolutely amazing smartphone that incorporates few great features. It is hard to find any real negatives at this price point.

BLU Products, the first Latin-owned mobile manufacturer and the fastest-growing in the region, is famous for grinding out Android devices that are light on consumers’ pockets. But the company has finally broken ice today by launching its first two android devices powered by Windows Phone.

The first two phones from BLU that run Microsoft’s Windows Phone operating system are BLU Win JR and BLU Win HD. As with its Android hardware, BLU has managed to give these Windows Phone products affordable price tags and respectable specifications. With the cost-effectiveness factor maintained, BLU is likely to yet again strike a chord with its targeted consumers. Here’s the full glance over on both the handsets:

Sharing first things first, the BLU Win JR is priced at $89, which is the most appealing feature of the device. The dual-sim handset screens a 4-inches 800×480 display with a 1.2GHz quad-core Snapdragon 200 processor. The cellphone’s camera has a good 5-megapixel rear and VGA front feature, which is enough to cater to the regular user. The device has 4GB of storage and a microSD slot with support for cards up to 64GB. The RAM again may not be up to the league of devices available today but still reasons well for 512 MBs if the price tag is kept in mind. This 1950mAh battery handset sports the Windows Phone 8.1 version and is available in bright, trendy colors such as neon orange, neon green, neon yellow, and white.

The other cellphone launched by BLU is the BLU Win HD priced at $179. The reason this phone is priced higher than the Win JR version is its enhanced features. This phone has a 5-inch 1280×720 display with 1.2GHz quad-core Snapdragon 200 processor. The cameras are 8-megapixelsin the rear and 2-megapixels in front. Even the storage capacity of this device is pegged at a good 8 GBs of storage. The phone offers a microSD slot with support for cards up to 64GB; a feature similar to Win JR. The phone’s RAM, however, is improved to 1GB facilitating a smooth running of the operating system. The dual sim 2200mAh battery is sturdy enough to support the user for longer duration. This phone too sports Windows Phone 8.1 as its user interface. Similar to Win JR, this smartphone is also available in colors such as neon orange, neon green, neon yellow, and white. 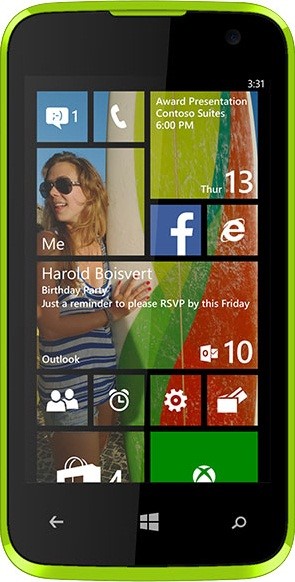 While neither of new BLU’s Windows Phones are barnburners given their specifications, both of them do offer a price not many cellphone companies can afford to offer.