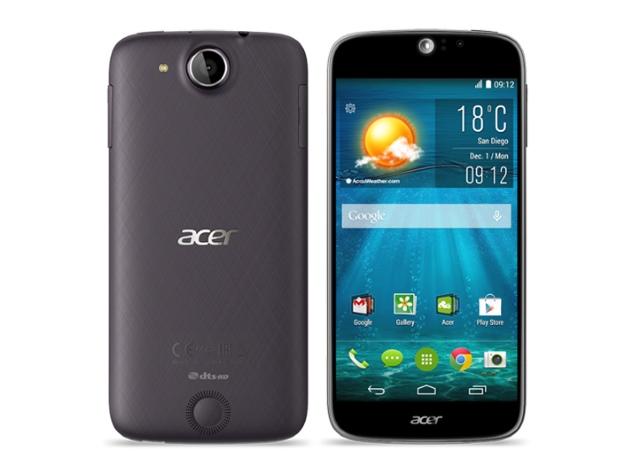 The Acer Liquid Jade S seeks to carve a niche for itself with bold looks, a rather slim waistline and well-balanced hardware. Announced only six months following the Liquid Jade, the S version introduces illustrious upgrades in several major areas. It certainly has a more powerful chipset that features an octa-core processor. The higher-grade graphics processor is the key alteration, however, the doubled operating memory and onboard storage are also noteworthy changes. The new SoC is not merely about higher performance though, it also brings along the needed LTE support to the table.

There are many other key features that have been retained starting with the 5-inch display. The display may not be FullHD, but qHD resolutions aren’t unheard of in the price segment and 720p gives enough density without raising the price too high. The dual SIM capability will be applauded by specific users, even if the second card needs to fight with the microSD for the shared slot space.

The Acer Liquid Jade S sports prominent styling too. While certain design elements may not be to everyone’s liking, it’s definitely not just another nameless black rectangle of a smartphone. It’s also light and pleasantly thin – a rarity in a price range where build is usually sacrificed at the altar for a lower price.

No matter how well-designed the device is, it comes with its own set of disadvantages too. It has a non-removable battery and there is no NFC. Further, the power button is in an uncomfortable position. You also can’t have dual-SIM and microSD at the same time on this phone.

So, as discussed in the above list, the Acer Liquid Jade S addresses the shortfalls of its predecessor and adds up to a convincing smartphone package – on paper. It has promising hardware, which is further complemented by a unique styling.

With the specifications duly in place, as many prospective buyers would like to have, the phone is all set to create a buzz in the market!