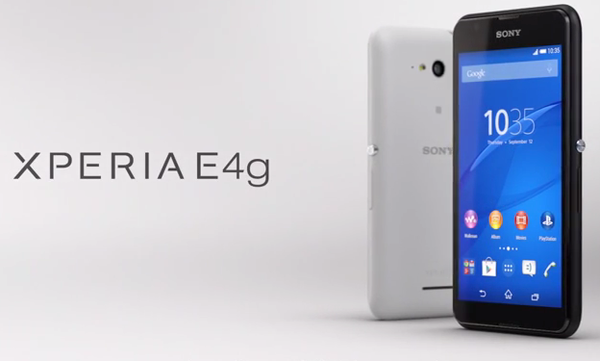 It’s good to see how Sony’s more approachable E-series has come a long way. In fact, it has gotten way better with its newest fourth generation bet, featuring abundant functionality and usability aspects at an affordable price. While the Sony Xperia E4 boasts of many a new features, it somehow falls short of its predecessor in many respects. But focusing more on the positive aspects and considering the price tag, it appears Sony has done well, if not better.

Having made some creative adjustments in the specifications, the makers have established that the Xperia E4g is indeed a true successor to the E3. Instead of making the display size 5.0 inches, Sony decided that this device would go for a smaller 4.7-inch size. The panel has mainly stuck to the same pixels resolution of 540 x 960 and the decreased screen size paves way for a higher ppi of 234. The overall dimensions of the phone measure 133 x 71 x 10.8 mm and its weight stands at a total of 135g.

Among the key features, the phone has a 4.7″ 16M-color 540×960 IPS LCD capacitive touchscreen with an Android OS v4.4.4 KitKat. The processor stands strong, a Quad-core 1.5GHz Cortex-A53; Mediatek MT6732, Mali-T760MP2. However, the RAM doesn’t seem to offer much with 1 GB capacity. In terms of storage capacity, the phone has 8GB of built-in storage and a microSD card slot. And that’s not all. The Sony Xperia E4 is also equipped to satisfy users having a penchant for mobile photography as it supports a good enough 5MP camera with 1080p@30fps video and a 2MP front-facing camera with 720p video. Other provisions include LTE connectivity with optional Dual SIM support, Wi-Fi a/b/g/n, GPS receiver, Bluetooth v4.1, FM radio, and a strong 2,300mAh non-removable battery that will last long enough for a regular mobile user.

While the E4g is good to go with the many feathers in its hat, there are some things that might not impress users. For one, the device has a low screen resolution which isn’t a user-friendly feature. Also, the phone comes with a non-removable battery.

However, the Xperia E4g is expected to do well in most spheres given its price tag. It will be available globally, maybe with single-SIM and dual-SIM versions aiming at different markets.